Generally speaking, anthropologists do some research  before heading out into the field. This involves copious amounts of reading, which is in exception of up to 8 years of education spen 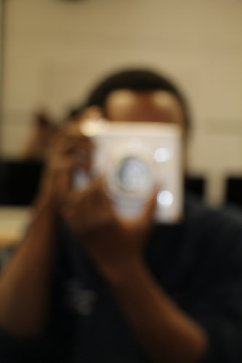 t at least one university. I have the privilege of experiencing a snapshot of fieldwork with this project.

The objective is to go out somewhere and find people (preferably alive) and film them. Seeing as none of us were professional film makers, we got tasked with practicing our film and photography skills. Unconventionally, the task was not concerning the quality of the photographs or the film but more so our comfortability with the filming process.

It was immensely daunting to run around the Marlowe building taking pictures and filming random people with our symbolic cameras. Yes you read that right, the cameras which look like cameras but they do not function as real cameras. A whole class of students armed with “symbolic cameras” facing their fears of taking the authoritative role of camera person.

It was a very anthropological experience, some were met with rejection, others met with blank stares of astonishment among many other reactions. What my team and I noticed was that people performed differently when they believed they were under the gaze of a real camera. This was specifically interesting because we had a range of symbolic cameras upon our person. Some of those cameras happened to look real and others happened to look not so real. However to some of the people who were subject to being under the gaze of the camera were not aware that there was only one real camera being used. 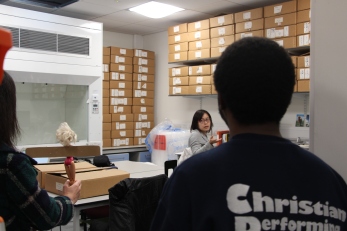 Exercising our film prowess was beneficial as I personally did not think about the initial interaction between camera, subject and cameraman. More importantly how this could affect the final film project in terms of the pace and content of the video. This exercise also alluded to gate keeping as a concept which I will be discussing in another post.